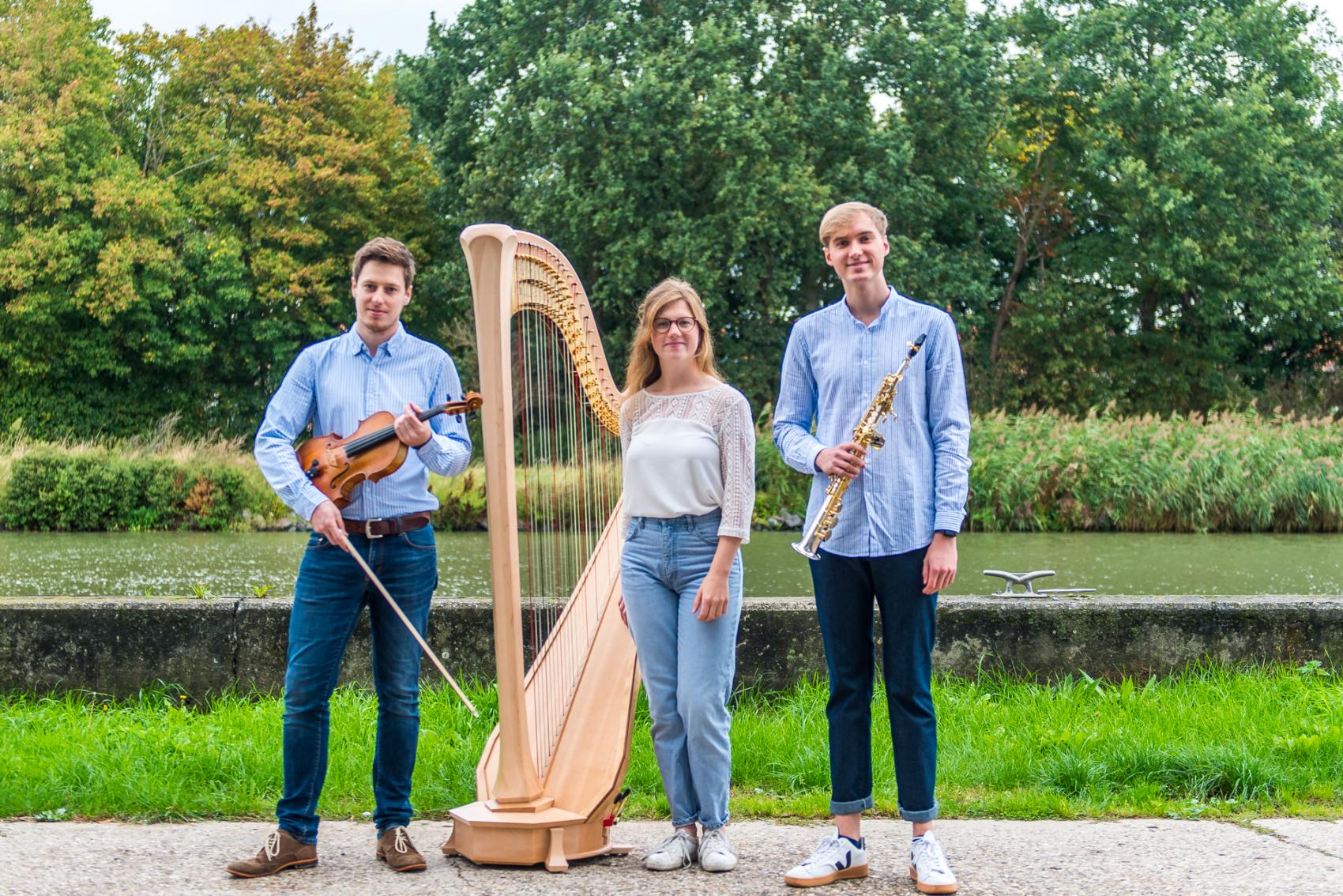 What do the work of a young composer that represents the unique constellation of Meta Ensemble and an opera about an Afro-American community which for the first time shows a cast of black actors, have in common?

What is the relationship between a piece that was initially received as ‘nice to have written, not to listen to’, but is now seen as the first initiative within contemporary music aiming at a free constellation of three instruments?

What is the similarity between an Englishman’s lamentation on his Irish friends who died during the Irish Independency War and a collection of works from a composer who focused on popular music in order to earn his living, although he would rather experiment?

It is repertoire that is pioneering, revolutionary as it were, for the time in which it was written. In Against the flood, anecdotes about the context are added to these unusual pieces, played by an ensemble that is unique in its kind: saxophone, viola and harp. It is clear that Meta Ensemble dares to frequent unknown areas…