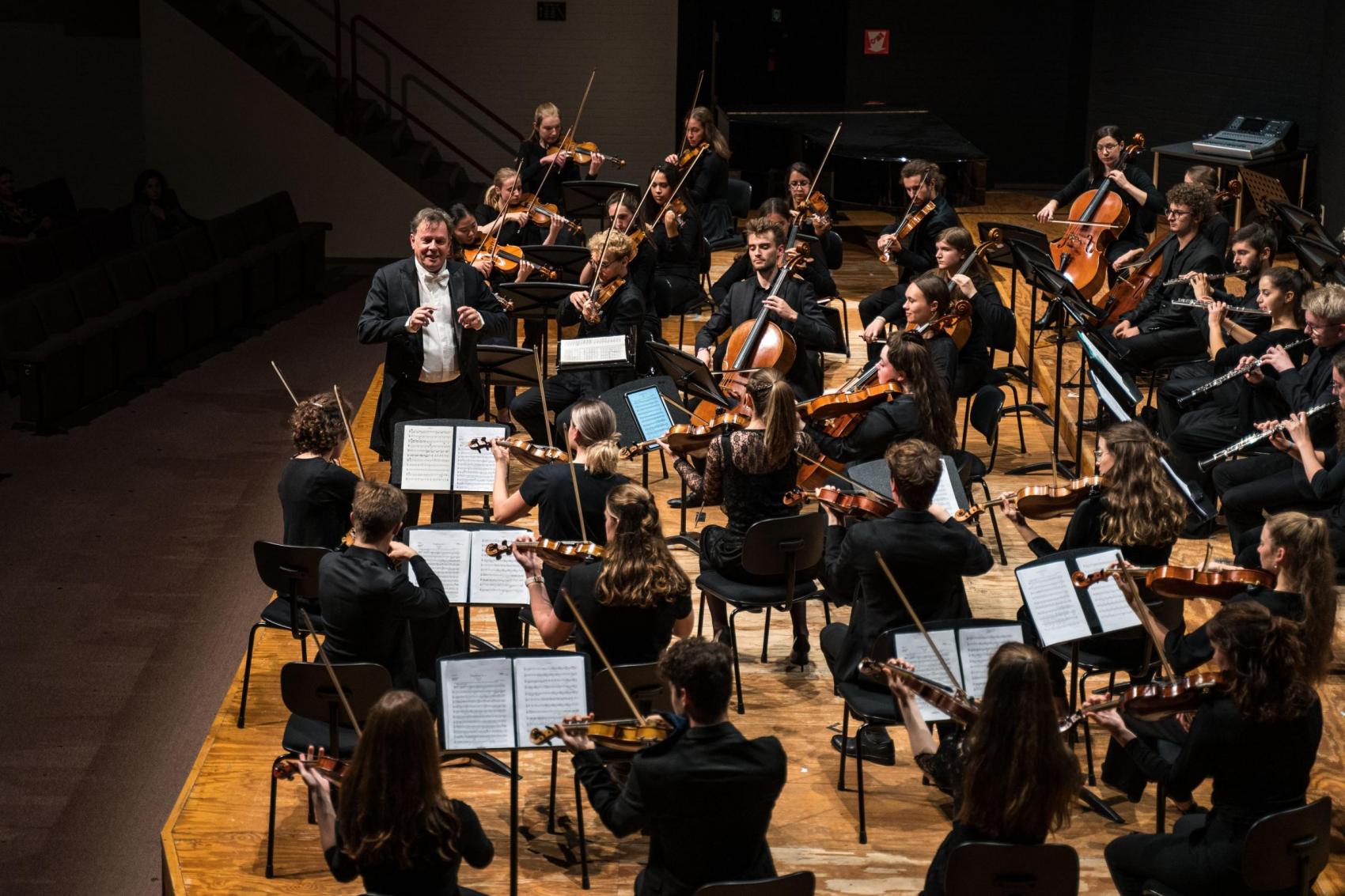 Wolfgang Amadeus Mozart (1756-1791) was an exceptional composer who excelled in every musical genre he made himself familiar with: symphony, opera, mass, concerto or chamber music. When he died at the age of thirty-five, he left behind an impressive oeuvre that was not only trend-setting in the eyes of his contemporaries, but that would also keep on inspiring composers until now.

He composed his opera Don Giovanni in 1787, towards the end of his life. The purely instrumental overture was created not until the night before the premiere. Possibly Mozart had already completed the whole overture in his head and only needed to write it down, yet it gives evidence of Mozart’s unique brain and musical genius. Moreover, when it turned out there was no copyist available and as such no time to elaborate the full orchestral score, Mozart worked out the separate parts without being able to fall back on that complete score. The overture would enter history as one of the most famous of all times. It has the character of the first movement of a symphony and already refers to the opera itself.

Mozart composed his five violin concerti in one and the same year, 1775, at the age of nineteen. Violin Concerto n° 3 opens with an Allegro fully worked out according to the sonata form and expresses itself as a lively dialogue between soloist and orchestra. It is followed by a solemn and rather serene Adagio and a playful Rondo.

Robert Schumann (1810-1856) is mostly known for his elaborate repertoire for piano and song, but his four symphonies as well are masterpieces. They testify on the one hand of Schumann’s profoundness, on the other hand of the inner conflict that would determine his later life. Particularly the beginning of Symphony n° 2 (1846) is legendary, because of its organic structure, the sensitive melodic lines taken up by the strings and supported by the wind section, and the well-considered development of the thematic material. The symphony has four parts (Sostenuto assai – Scherzo – Adagio – Allegro) and frequently refers to Bach and Beethoven.

get your tickets here