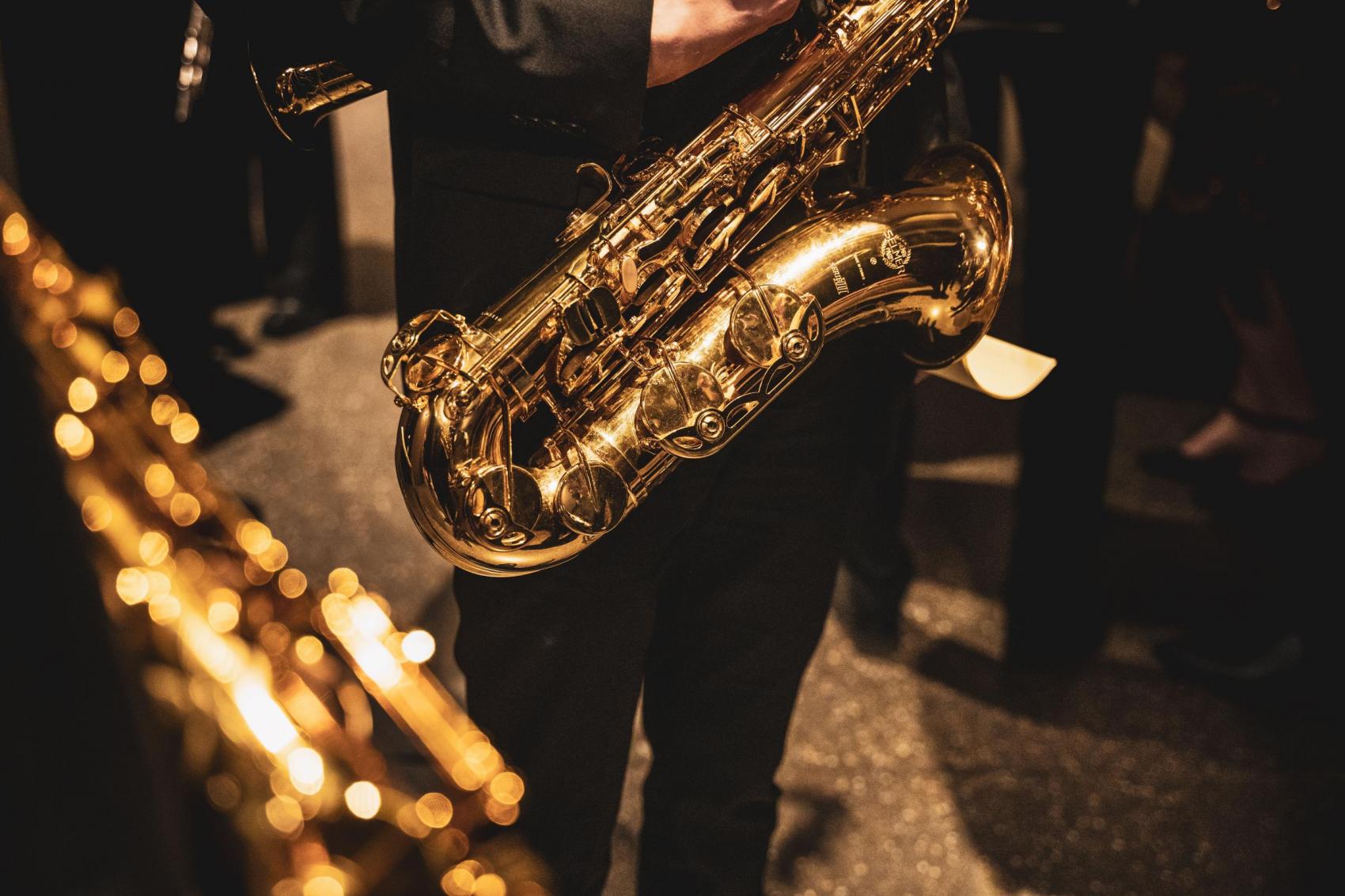 Amando Blanquer Ponsoda (Spain, 1935-2005) created an impressive oeuvre of which a respectable part for wind orchestra. His Entornos encloses an Allegro Grazioso, Lento and Fanfarria y Coral. It’s a tonal work, grand and excited on the one hand, subdued and with a refined, balanced orchestration on the other.

Legacy, concerto for oboe and wind orchestra by Óscar Navarro (1981), might be conceived as a homage to the oboe. The word Legacy itself refers to the past, the present and the future and throughout the work it manifests itself as the unspoken ticking of the clock. The work starts in the antiquity, by means of an improvisatory, almost mysterious melody, and then launches a passionate Spanish gypsy song. A lonely phrase for the oboe slowly rises and ultimately heralds the romantic era. The end of the work, which is principally rhythmical and lively, contains a cadenza and – as if it were a joke – makes a quick reference to the baroque, the era par excellence in which the oboe flourished.

By programming work of Paul Gilson, Kurt Bikkembergs and Jan Van der Roost LUCA Winds makes sure that also Belgian music for wind orchestra gets its place on the programme.

When composing Paul Gilson (1865-1942) mainly focused on repertoire for wind orchestra. His oeuvre shows an outspoken admiration for Richard Wagner, which is particularly evident from the typical Wagnerian harmonies, and the Russian masters Rimski-Korsakov, Glazoenov and Skrjabin. A Rhapsody, as is clear from the title, stands for a piece that is subject to large contrasts in style as well as in mood. Yet is does not get lost in this inconstancy, but it keeps presenting a deep unity. Gilsons’s Rapsodie starts almost ominous, then increases the tension, thereby still allowing lyrical, even playful extracts. At last, the work concludes in an excited rush.

Kurt Bikkembergs (1963), professor at LUCA School of Arts, created his Panta R(h)ei for the wind orchestra Panta Rei (Leuven). This aforism by Heraclitus can be translated as ‘all things flow’ and aims at the idea that everything is in constant movement. All is variable, nothing remains the same.

Jan Van der Roost (1956), honorary professor at LUCA School of Arts, is commonly known for his hafabra oeuvre. Though tonality prevails in his works, he also integrates the contemporary idiom, without losing his individual character. Influences from the Baroque or the Romanticism as well speak from his work.