Mattijs Driesen: Possibilities of Mutation: Filmmaking as pedagogy in the Weird.

Mattijs Driesen, PhD in the Arts

Possibilities of mutation: the filmmaker as an educator in the weird focuses on the generation of digital natives. The audiovisual research assumes that this generation of young people, due to increasing digitalisation but also under the expanding influences of globalisation and migration processes, brings forth a new, as yet unknown way of existence : a mutation. Inspired by the practice of the pedagogue, writer and filmmaker Fernand Deligny, this research will connect the figure of the filmmaker with the figure of the pedagogue: as being someone who creates educational conditions in which new forms of life are allowed or able to exist.

The research makes films in the presence of young persons in the public space of Brussels (a space undergoing drastic changes).  The first question is being posed is not how young people are portrayed, but rather how the filmmaker's gaze can be freed from predefined positions and perspectives. In order to achieve this, an educational look outside ourselves must be made possible. The view is thus not focused on the young people and their world. But it rather chooses to focus on looking and listening with young people at the present-day as a time and space that is not fixed. There is a certain kind of fiction that a camera and a microphone introduce in any given situation (bring with them), this will be examined as something that draws the visible world away from its self-evidence. A fiction in which the outside world becomes a weird space, one where an opportunity for mutation lies. 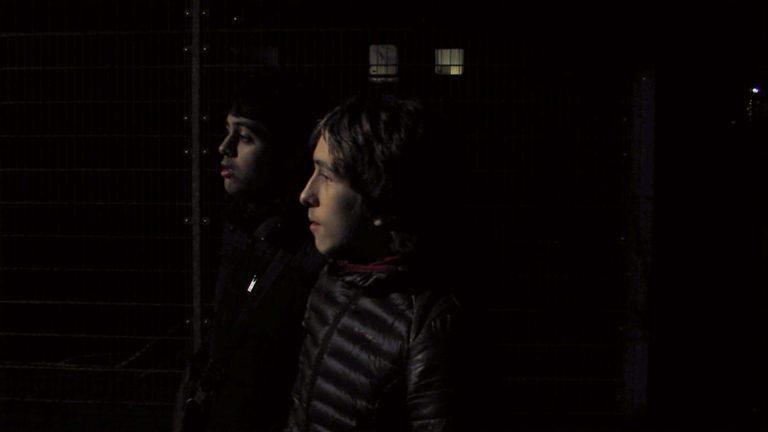