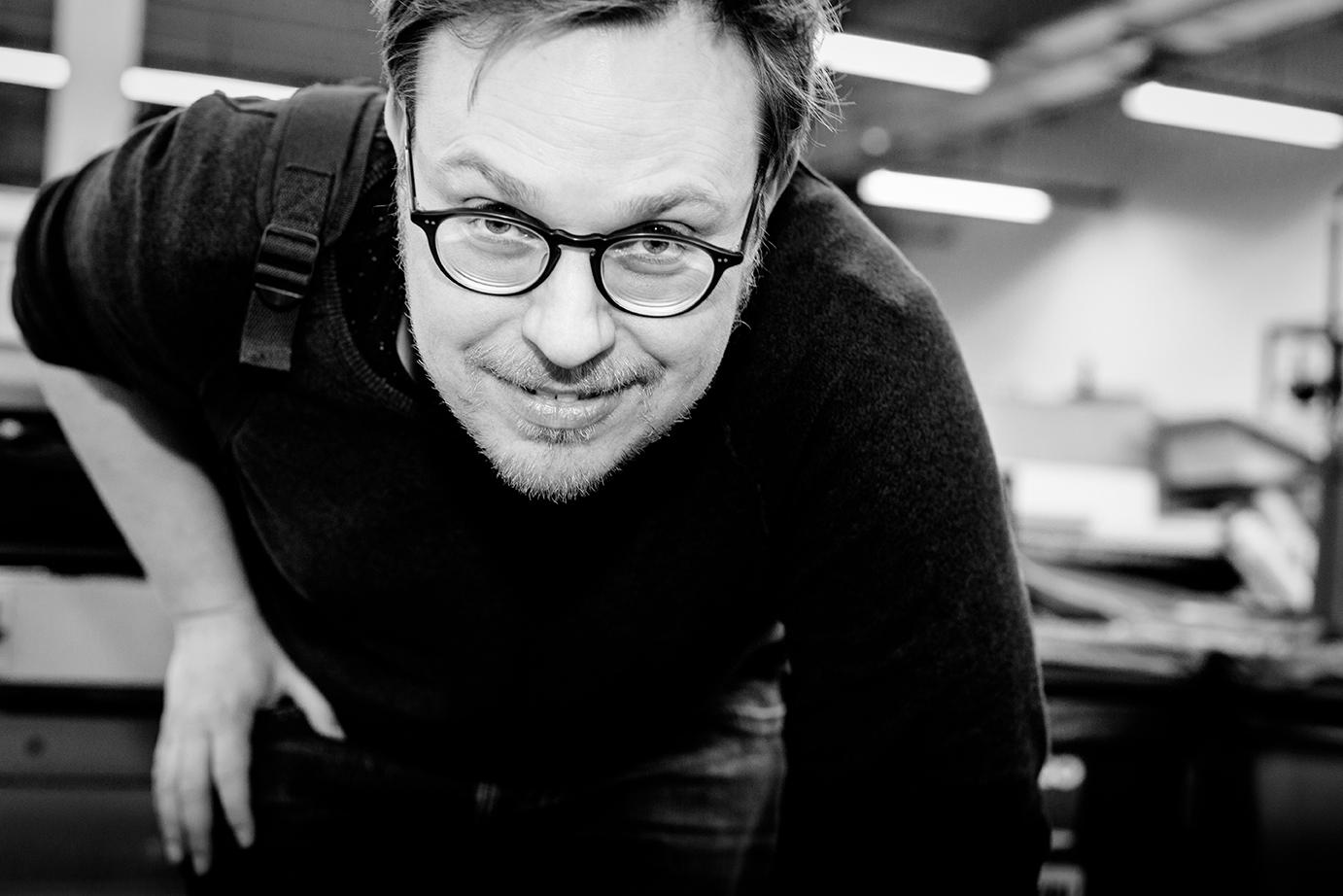 His artistic practice is characterized by multidisciplinarity: he draws, paints, writes, prints, sculpts, designs or films, with a special interest in transgressing media or genres. He often works at the fringes of media, but also of fiction and non-fiction, and of narrativity. Recurring themes have an existential nature: the landscape, (in)finitude, the human being as a measure of things, contingency.

He co-operates with other artists and writers for his documentary films (e.g. Sculture nel tempo (2020) with Dany Deprez) and poetry films (with Paul Bogaert, Bart Van der Straeten or Geert Ooms). These latter works are so-called ‘iconotextual’ works: words (and more precisely, texts that are set typographically) and moving images (with emphasis on filmic images) are merged to form visual-textual unities of content, which cannot be categorised as either pure image or pure text. In these ‘reading films’ the languages of literature and visual art are brought together, without focussing necessarily on certain implicit elements of mainstream film, such as narration, acting or characters.

He holds a master degree in Germanic Language and Literature at Ghent University (2000). Three years later he graduated as a Bachelor of Fine Arts at the Gerrit Rietveld Academie in Amsterdam, the Netherlands, after spending also half a year at La Villa Arson, École nationale supérieure d'art, in Nice, France. In 2006 he graduated as a Master of Fine Arts at the Koninklijke Academie voor Schone Kunsten (KASK) in Ghent. In 2014 he obtained a PhD at the Faculty of Arts of the University of Leuven (research unit Literary Studies: Literature and Culture) with his research on 'reading film' ('leesfilm' in Dutch).
Today, he is doing research and teaching in the bachelor and master courses in visual arts at LUCA School of Arts (campus Sint-Lucas in Ghent). He is also connected to Art Cinema OFFoff, a Belgian cinema for experimental film, also based in Ghent.