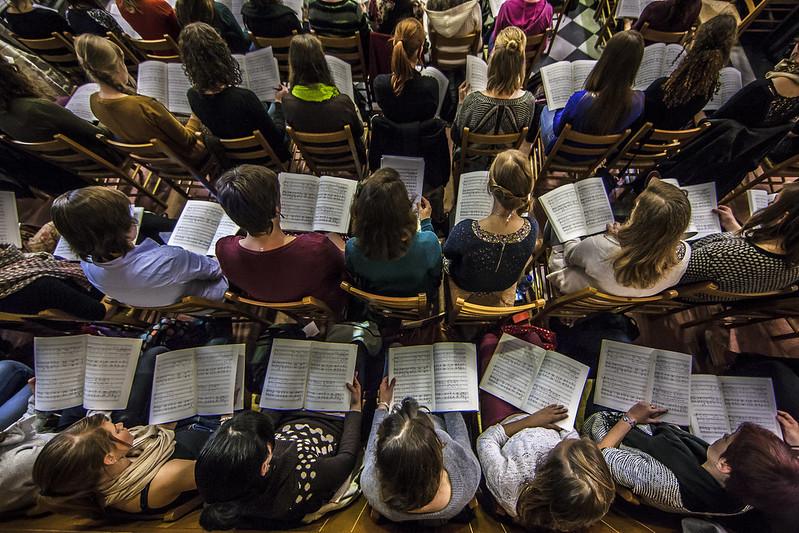 Jules Van Nuffel (1883-1953) is the central figure in this programme focusing on five centuries of choir repertoire. Notwithstanding the fact that he principally composed church music (masses, psalms and songs), Van Nuffel can be seen as one of the leading Flemish composers of the twentieth century. His music does not only answer to the liturgical standards of his time, but also gives evidence of a high, artistic level. Because of the clear impressionist features to be found in many of his works, his contemporaries often gave him the label of ‘rather progressive’.

Both in the genre of the motet as in the genre of the psalm Van Nuffel felt at home. The Greek word ‘psalm’ can be translated as ‘hymn with string accompaniment’ and refers to biblical poetry. A motet is a short, polyphonic piece for singers. The genre originates from the Middle Ages and was meant to be nothing more than a rhythmical extension on a text. During the Renaissance the motet further developed. Mostly religious texts were used (often psalms or other biblical texts) and the profane character gradually disappeared.

The focus will not only be on Van Nuffel, but also on Philippus De Monte (Mechelen, 1521-1603), who equally left his mark on the choir music of the past centuries. He was a composer from the Renaissance and an absolute master in the art of madrigals. Initially he composed in an innovative, almost progressive way, with elaborate chromatics to give more expression to the text. Later he evolved to a more simple and mild style, with less polyphonic structures, but with short themes and motives.

With William Henry Harris (1883-1973) we move to the twentieth century. His oeuvre mainly includes Anglican church music. The motet Bring us o Lord (1959), a relatively late work, was set to a religious poem by John Donne. It starts in a rather modes way, but slowly becomes expressive without, however, losing itself in a clear cadence. The work ends with a humble ‘Amen’.