Alina Cristea: Bucharest - The City with One Inhabitant. The City-Me.

Alina Cristea, PhD in the Arts

The poetic image of a city is the one that has the deepest imprint on human consciousness, even more so than its actual history. Literature, including urban mythology, is able to construct images of cities from one period to another, which the reader assimilates as being true. (Lauterbach, 2003) This Ph.D. in the arts is based on the hypothesis that there is a gap or inconsistency in the existing photographic and mental imagery of Bucharest, at local level, but also on an international scale, and aims to investigate the existing material about the city during communism (1947-1989) and to create a new, more actual imagery of the city. Embedded in the fields of contemporary visual arts (photography), archival research (of photographic objects) and Romanian contemporary literature (geocriticism, the city-text, dépaysement, inner space, literary space, recovered space, the inner atlas, nostalgic space) this research aims to juxtapose and confront the fields of literature and photography in order to understand how they contribute and influence the symbolic image of a city, but also how they influence each other without one of them being subordinate to the other. Aside from the dissertation enclosing an in-depth analysis of these concepts, the artistic research is embedded in my practice of exploring Bucharest through analogue photography, sound recordings, and text, which will be presented as the work Bucharest.The City-Me made of six fragments/short films. 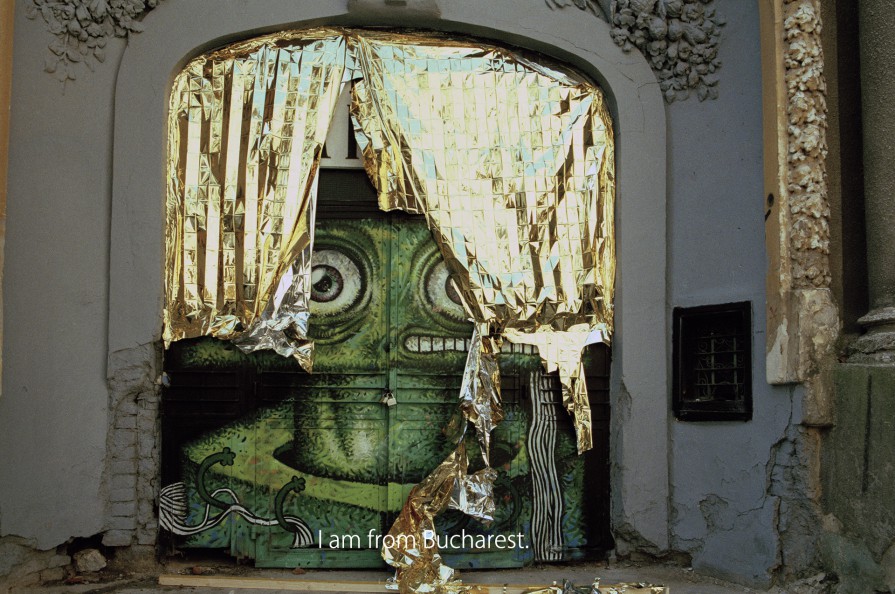