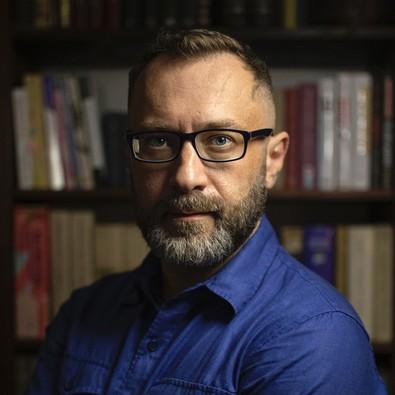 In this talk I develop a functional definition of meter as a form of culturally situated bodily inquiry and discovery about the sonically afforded, reliably repeatable, and transferable possibilities for a particular kind of emotional and bodily affinity with members of a social group. To illustrate this perspective, I draw on progressive metal, a genre known for its rhythmic and metric complexity. With its creative handling of musical time, undergirded by a powerful link between the bodies of its practitioners and the driving force accorded to the backbeat, progressive metal affords acculturated listeners the opportunity to enact certain kinds of agency, affirming membership within a group but also pushing against social expectations. Normative movements to this music, such as headbanging and fist pumping, are an expression of kinesthetic knowledge, or the knowledge of “how music goes.” It is this knowledge that underlies musical meter.

Mariusz Kozak is the author of Enacting Musical Time: The Bodily Experience of New Music (Oxford University Press), in which he examines how listeners’ understanding and experience of musical time are shaped by bodily actions and gestures. His research centers on the relationship between music, cognition, and the body. Kozak bridges experimental approaches from embodied cognition with phenomenology and music analysis, in particular using motion-capture technology to study the movements of performers and listeners. His articles have appeared in the Journal of Music Theory, Music Theory Spectrum, and Music Theory Online, among others. In 2020 he was one of the featured speakers at the Plenary Session of the Annual Meeting of the Society for Music Theory. His current projects include meter and rhythm in progressive metal, the role of musical affect in creating interpersonal relationships, and a book on the history of the cognitive science of music in the twentieth century.

Kozak received his PhD from the University of Chicago in 2012. Prior to coming to Columbia University in 2013 he was a postdoctoral scholar at the Indiana University Jacobs School of Music.

As a violinist, Kozak has performed with the Rochester Philharmonic, the New Mexico Symphony Orchestra, the Santa Fe Opera, and the Santa Fe Symphony. After a stint with a Chicago-based country band, he continues to fiddle around in his spare time.