Documenta and the artist as curator: A conversation between Daniel Buren and ruangrupa 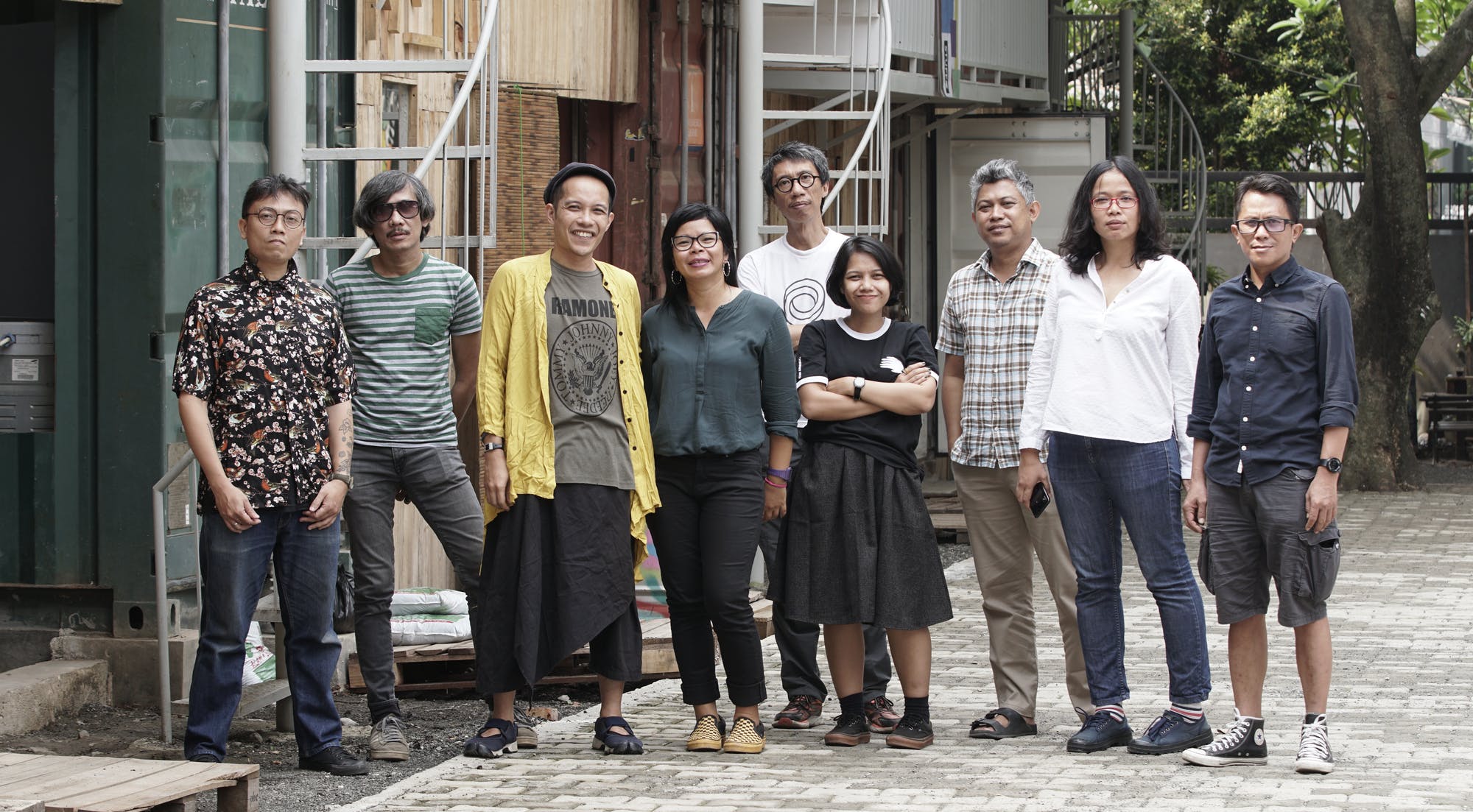 S.M.A.K. and the research cluster Exhibition Culture: Dialogues in the Making (Intermedia, LUCA School of Arts/ Brussel)  invite you to

Documenta and the artist as curator

A conversation between Daniel Buren and ruangrupa

The conversation between Daniel Buren and ruangrupa will be moderated by Nicola Setari, art historian and curator (LUCA School of Arts). It takes place in the context of the finissage of the exhibition “Museum for a Small City/Rebuild” by Richard Venlet at S.M.A.K. and ruangrupa’s appointment to the artistic direction of documenta 15, scheduled to take place in Kassel in 2022.

The talk will take as starting point Daniel Buren’s poignant comment on the disappearance of artworks within thematic exhibitions such as documenta 5, which he articulated in his contribution to the catalogue of the exhibition. It will address the artist collective ruangrupa’s curatorial approach to documenta 15, which, fifty years later, foregrounds the vitality of community based artistic practices and questions the centrality of the artwork.

You can follow the lecture on YouTube. If you wish to receive an email on the day of the lecture as a reminder with the link to the lecture, please send an email to

Early 2019 documenta announced that the artist collective ruangrupa would take on the artistic direction of documenta 15 scheduled to open in June 2022.

The collective is formed by 9 artists and is based in Jakarta, Indonesia. Since the announcement ruangrupa has outlined their curatorial approach with the Indonesian term lumbung, which, “translatable as ‘rice barn,’ is a collective pot or accumulation system used in rural areas of Indonesia, where crops produced by a community are stored as a future shared common resource and distributed according to jointly determined criteria.”[i]

Since documenta 5 all the editions of the large scale exhibition in Kassel have had a curator in charge of the artistic direction. The next will therefore be the first in 50 years to have artists taking the lead. Back in 1972 many artists invited to participate in documenta 5 were critical about the approach that Harald Szeemann, as artistic director, had in developing the large scale exhibition.  Their sense was that they were being disenfranchised of a number of essential decisions about what would be presented and how it would be presented. Szeemann and his team were shifting the importance from the single artwork to the exhibition, by stressing the latter’s thematic and investigative focus. They transformed the exhibition as a whole into a work of art opening a field of tensions between artists and curators not just over authorship, but also over resources.

Daniel Buren participated in that edition with an artistic project that involved installations across the exhibition and a textual contribution to the catalogue that he entitled “Exhibition of an Exhibition: a Piece in 7 Tableau”. It offered a concrete form of poetic resistance to the perceived omnipotence of the curators. In an interview in 2003, looking back at his participation in documenta 5, Buren asked when there would be an edition of the exhibition curated by artists?[ii] Another 20 years needed to pass before his question could receive a positive answer.

[ii] Where are the artists? Interview Jens Hoffman and Daniel Buren http://projects.e-flux.com/next_doc/d_buren_printable.html

Museum for a Small City/Rebuild

The exhibition “Museum for a Small City/Rebuild” by Richard Venlet provides the context of this lecture. Inspired by an eponymous but unrealized architecture study of German architect Mies van de Rohe, the exhibition is conceived as a platform for critical engagement with the permanent collection of S.M.A.K, Ghent, and unfolds in a sequential presentation of archival and collection pieces, unveiling the museum as an engaged, albeit subjective, set of gestures, statements, choices and conversations, while providing insight into the institutional paradigms that have determined its acquisition and exhibition policies. These renegotiations of the museum’s history ultimately cohere in a set of narratives that expand the traditional art historical construction into a multivocal field of knowledge.

Richard Venlet’s curatorial exercise also comprises a wide range of relational practices, from conversations and workshops to performances. They align his contextual research to the ever-expanding body of thought that favour intuitive and embodied practices, responsive to political, social and cultural concerns, to the idea of a universally applicable museum model. In collaboration with the artist, S.M.A.K. organizes a Lecture Series inviting speakers to elaborate on the topic from the perspective of their own curatorial and writing practice grounded in a broader interpretation of artistic production, exhibition contexts, community-based models or critical pedagogy. Former lecturers include Suzanne Cotter, Director Mudam, Luxembourg and Clémentine Deliss, Associate Curator K/W, Berlin.

On the occasion of the finissage of “Museum for a Small City/Rebuild”, S.M.A.K. and the Exhibition Culture: Dialogues in the Making research cluster (Intermedia) at LUCA School of Arts, have invited Daniel Buren and ruangrupa for a conversation around the artist as curator, within the history of documenta and today.

The talk will be moderated by Nicola Setari, art historian and curator (LUCA School of Arts).

The invitation also follows the tradition of asking the artistic direction of documenta to present the curatorial concept in advance of the exhibition.