Joris Perdieus: A Glittering. In a box. Somewhere.

Using codes from installation-art, performance, architecture and scenography I will conduct a practice-based investigation into the autonomy and anatomy of Scenographic Space: a realm in which aforementioned disciplinary codes intertwine. Questioning the dominance of presentation- space over the artwork as space, I will explore emptiness as an autonomous vessel for complex interactions and poetical constructing. The Japanese concept of MA, meaning roughly the space between structural parts, or void is unknown to western culture. To me the ultimate embodiment of this concept is a large, empty dark space. Darkness can be deployed as a nucleus for spatial design. I will therefore investigate the blackbox as a technical space equipped for the appearance of magic, in different forms and media. Working on a description of Scenographic Space as a poetic concept, spatial performancepieces and autonomous immersive environments. Processes of spatial transformation reveal dialogues between existing- and Scenographic Space. In the evolution from passive to active, space becomes workspace: potential becomes promise. It is in those moments that routes appear, the room can no longer be crossed in the same way. Routes are formed by the space between structural parts. 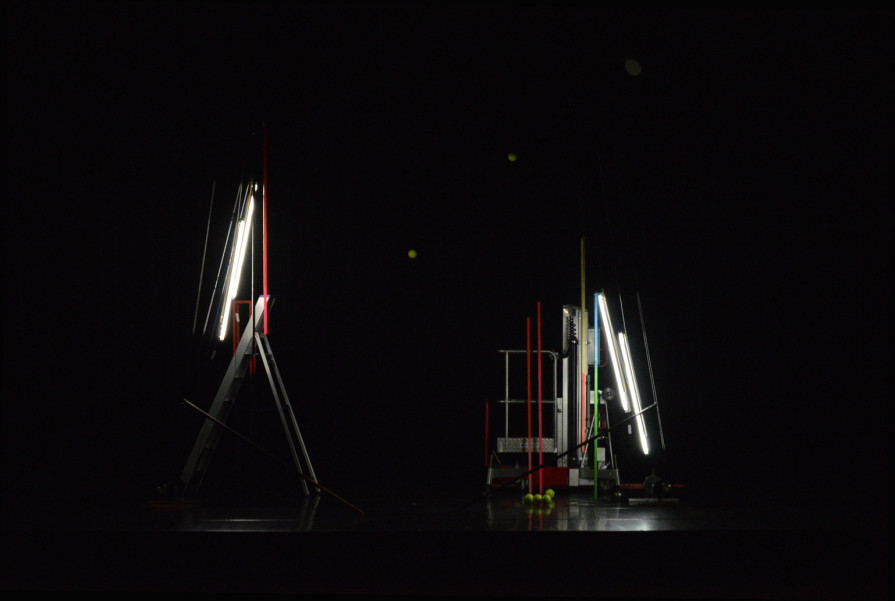