Auditorium A1, campus Sint-Lucas Ghent or online after reservation 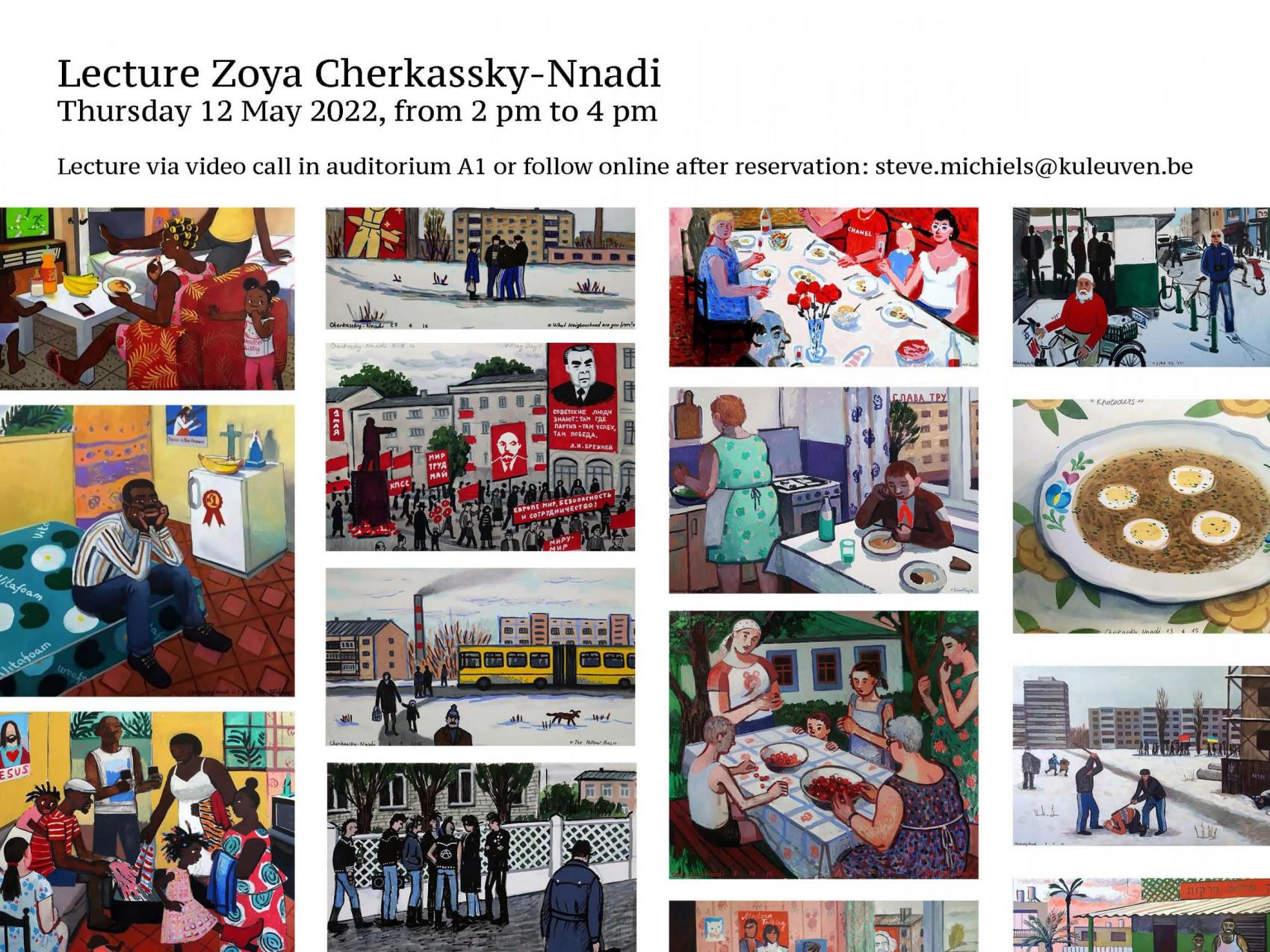 Lecture via video call in auditorium A1 or follow online after reservation: steve.michiels@kuleuven.be

As part of the research on 'Self-censorship - the corrected thoughts of an artist', Steve Michiels invites the Israeli-Ukrainian artist Zoya Cherkassky-Nnadi for a lecture and a conversation.

Zoya Cherkassky was born in Kiev, Ukraine, in 1976 and immigrated to Israel in 1991. She lives and works in Tel Aviv-Yafo. Her works are collected by various museums and private collectors around the world and are widely distributed through social media.

In her autobiographical paintings Zoya Cherkassky-Nnadi portrays her life with a great sense of realism and humor. Being an immigrant moving from the ex-USSR to Israel, Cherkassky paints about identity and alienation. In her work she deals with the conflicts that arise from the clash between cultures. She denounces stereotyping through her work and also uses stereotypes to achieve her goal.

Zoya Cherkassky-Nnadi's art is explicitly socially engaged. She succeeds in portraying the diversity in the world in an honest way. Her work is critical, but above all empathetic, because the artist sympathizes with her subjects.

At the moment Zoya Cherkassky-Nnadi is reworking the paintings she made earlier about her childhood in Ukraine during the Soviet Union. According to the before and after principle, she paints the horror and destruction caused by the current war.

Previously she made a series of drawings of Russian actors who played blacks in Soviet cinema and drawings about women who work in prostitution.

As a cartoonist, I mainly get my inspiration from the media, the media for which I work. My work is rarely autobiographical, although personal experiences always bubble to the surface. Yet I also try to create a sincere image of the reality of the day.

But I also like to use surrealist and absurdist strategies in my work. Surrealism as an art movement wanted to break down the censorship of the subconscious, but is this accurate? Does surrealism not veil rather than expose the truth?

Is Zoya Cherkassky-Nnadi's realism not more efficient and honest, a true testimony about life?

These questions will certainly be discussed during the lecture and the conversation.