Sarah Vandemoortele, PhD in the Arts

This doctoral project investigates into the nonverbal interaction between musicians playing together in a trio. As this interaction can be managed via several semiotic channels this study adopts a multimodal performance analysis: gaze behaviour, bodily movement, sounding music and score are being related to each other. The focus lies meanwhile on gaze behaviour, a relatively new aspect in the study of nonverbal communication by musicians. Eye movements are measured using the recently developed technique of mobile eye-tracking.

This project consists of an artistic and an empirical track that are strongly interwoven. The recorded data set contains performances by ensembles in which the researcher plays herself as well as performances by other ensembles. The research method includes an analysis of the recorded data and a systematic enquiry into the researcher’s own rehearsal process. The confrontation of own recordings with recordings by other ensembles will enable a thorough and critical examination of the research process and the obtained results. 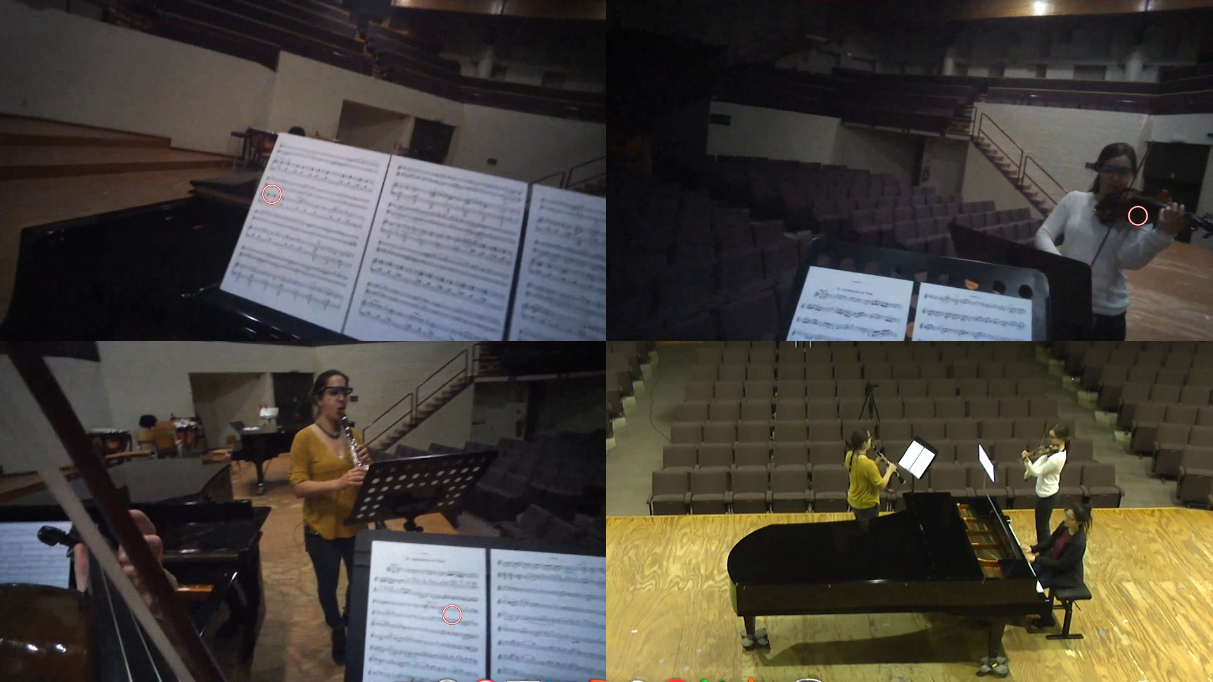