The MA programme is a one-year, full-time arts education program. Its goal is to build the profile of an independent and professional animation filmmaker whose understanding of contemporary cinema culture is based on a strong sense of aesthetics and ethics. The individual practice is the point of reference throughout the program and leads to a master project that includes both a single-screen film work and a written essay.

You can follow this programme in English and Dutch.

For your MA degree, you formulate your final project and develop it through to completion. In this way, you prove that you are ready to be a critical and innovative animation filmmaker. Our students often participate in international Animation film festivals. It is an important networking opportunity for our master students.

Your MA project is central to the programme. You choose a topic, a research question and an objective. Under personal guidance, you not only realise an artistic project but also write a thesis in which you reflect upon your practice, methodology and ideas.

The MA atelier provides a platform for discussing your work during one-to-one meetings with your tutors and in group discussions with and presentations to fellow students. Moreover, through guest lectures, study trips and portfolio viewings you'll come in contact with experts in the various aspects of your specialisation. In this way, you raise your practice to a professional artistic standard. Meanwhile, you'll continue to feed your theoretical knowledge. Via intensive, small-scale seminars and public lectures, you'll be exposed to contemporary critical thinking about film and audiovisual culture and learn how to link theory with practice. You'll graduate with an audiovisual work, which you'll present to an external jury.

In preparation for your MA project, you'll follow a three-day MA Session during which special attention is paid to the (un)truthful aspect of storytelling. In this Critical Practice, you'll reflect on the extent to which a balance can be achieved between truth and lies. During workshops, you'll explore how these aspects can enrich your own MA project.

Seminars are an integral part of the master's program. LUCA has a particularly rich and diversified range of research seminars fed by the research groups of our campuses from Brussels, Ghent, Genk and Leuven. Each campus has its own researchers, research traditions and disciplines.

Together with your coordinator, you will select two seminars that match your ambitions. You can also choose from the courses given at the KU Leuven or its associated university colleges.

Our staff consists of contemporary animation filmmakers, researchers and specialists with a national and international reputation. They give you feedback, both individually and in small groups.

Staff for the Research seminars

An international campus and an added value to your programme 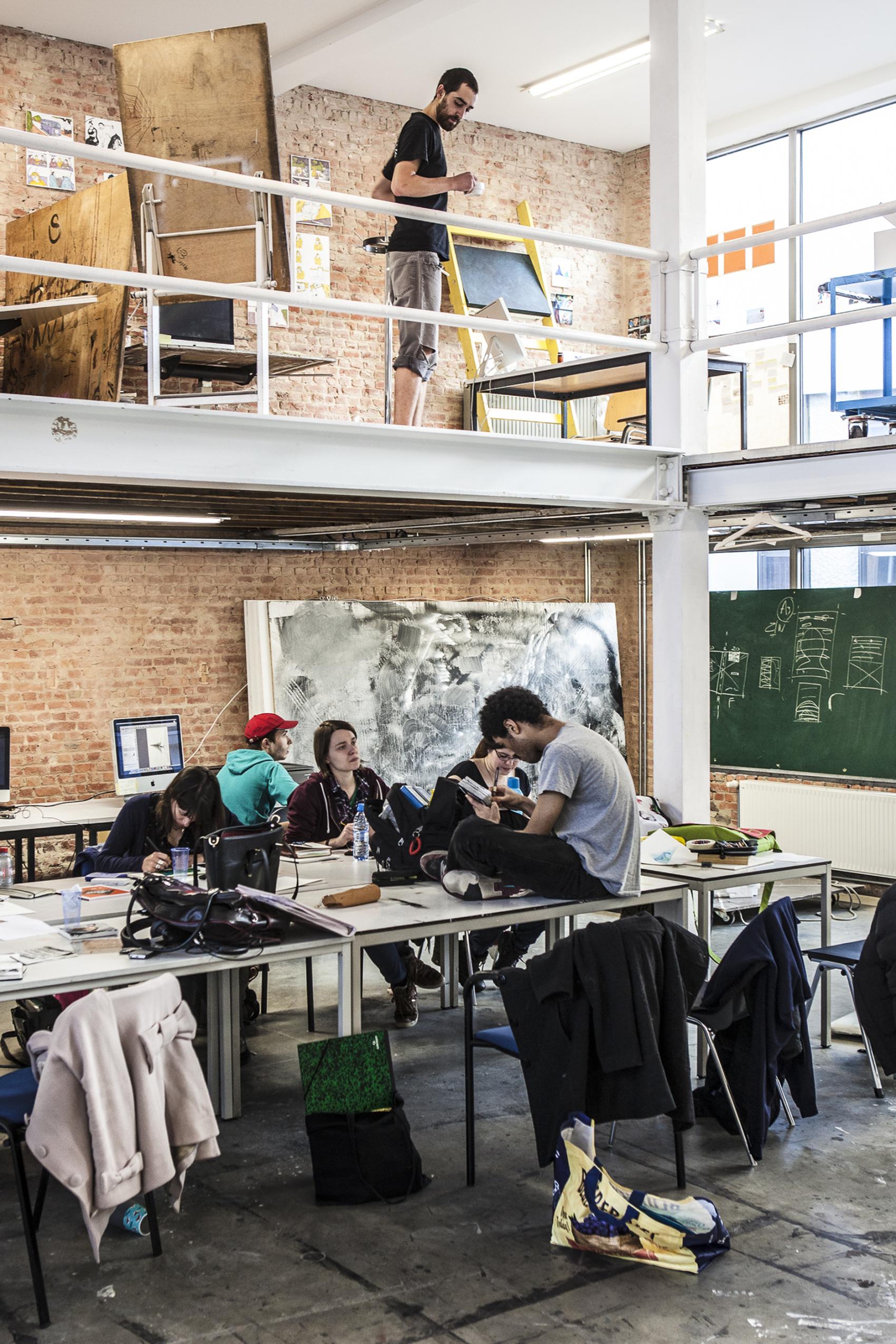 During the master programme you can make use of our infrastructure: a high-performance computer park, a film studio, sound and mixing studio (surround 5.1), editing cells and colour grading room. The LUCA lending service has professional cameras and audio and lighting equipment at your disposal.

In addition, various software packages (Adobe Creative Cloud, DaVinci Resolve, Protools, Cinema 4D, Dragonframe) are offered. For all these facilities you pay a fixed surcharge (extra study costs) of 400 euros. The good news is that you don't have to invest extra to make your work. 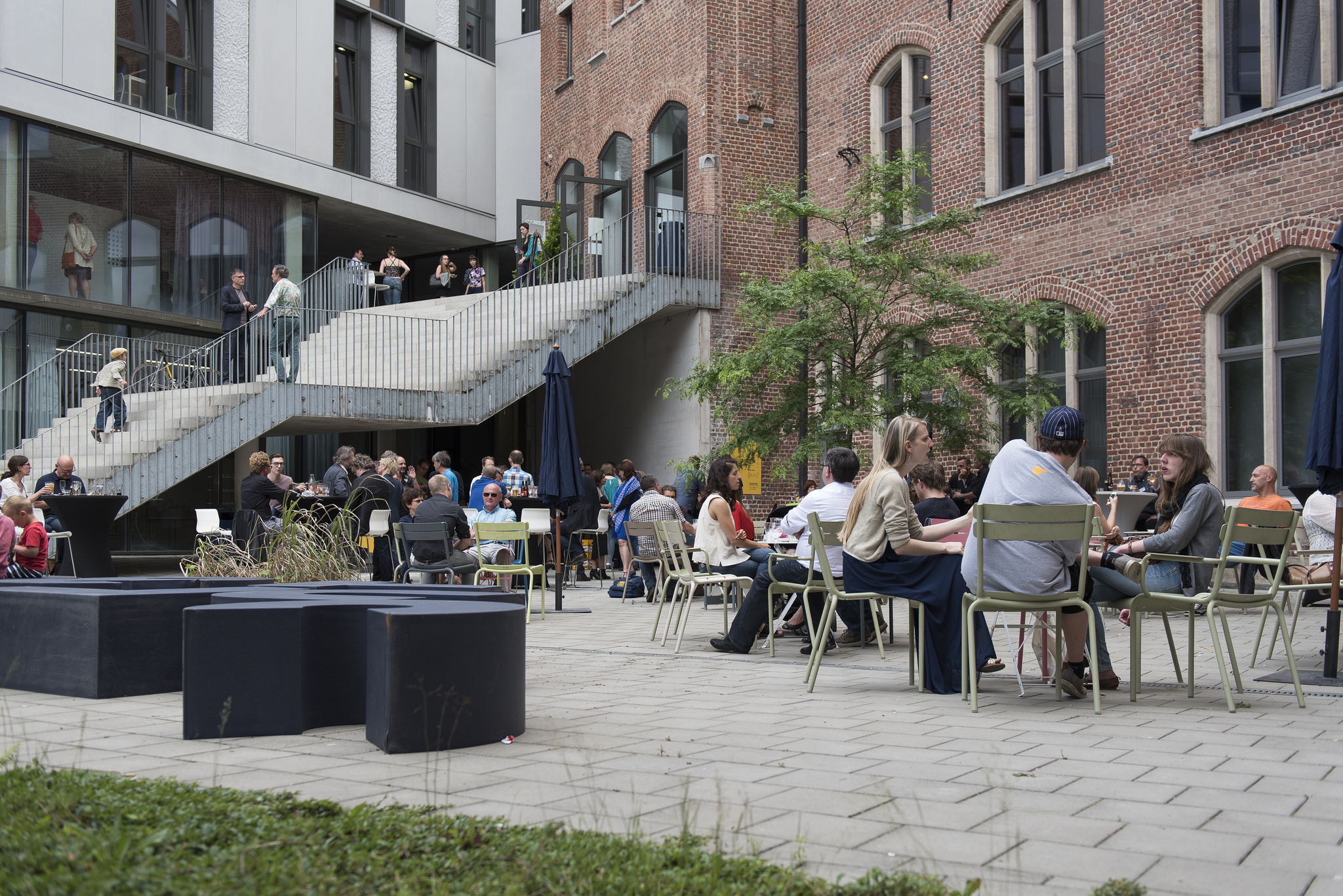 Start your career as an animation filmmaker

Our alumni have proven themselves to be multitalented, creative minds and so, very often also choose to take a different path: Benjamin and Matthias Claeys, for instance, transformed their master project into a successful game Guns, Gore & Cannoli. Jasper Van Gestel makes animations for television. And some of them have built quite a successful career as authors of comics and illustrations such as Gwen Vanderstraeten (Knack, De Standaard, De Morgen), Emilie Timmermans (publishes books with Clavis), Delphine Frantzen (Madame Pipi), Inne Haine (The Miracle of Vierves) and Wauter Mannaert (Weegee, El Mesías, Yasmina) to name but a few.

Are you graduating as an artistic master and would you still like to become a teacher? Then you can opt for a shortened educational master's program. EDU by LUCA offers the opportunity to acquire your competencies in secondary and part-time art education at an accelerated pace. Students who take the shortened course of 60 credits sign up for a one-year full-time program. If you want to combine work and family, you can choose to spread the shortened route over two years. Edu bundles the (abbreviated) teacher training courses for secondary education offered by KU Leuven, LUCA School of Arts and VIVES.

'After an internship, I got started at Beast Animation and worked on various stop-motion series, commercials and short films, as an animator and sometimes as a set dresser or designer. I have also worked at other studios, including in Germany. I also do illustration projects or motion design, for various publishers, advertising agencies and studios ... And in between all the projects I try to keep time for my own work, such as a children's book and a new film.

'I work as a freelancer for several production houses and carry out assignments as an illustrator, motion designer or art director. In addition to these commercial assignments, I also work in the art circuit. Like my thesis "Yves", "I love Hooligans" is an animated documentary. With the help of the Flemish Audiovisual Fund, I also participated in '12 minutes about Peace '.'

'As a freelancer, I do assignments such as directing and producing motion graphics and video, graphic work and illustration. I also teach as an Animation Film teacher at the academies in Brussels. Meanwhile, I keep doing my own work. For example, with the support of the Flemish Audiovisual Fund, I finished the screenplay for my next short film. '

The application and enrollment procedure at LUCA School of Arts consists in general of three steps.

More about the enrollment procedure

Are you curious about our approach to art education? During our open days, you will get all the information you need, visit the campus, talk to our teaching staff and students ... Still not convinced? Visit our graduation show! During this, on-campus two-day art festival you can experience first hand how good our students really are.

Come and meet us!

Curious about the results of the MA programme?

Interested in the films created by our students? Check our streaming platform! 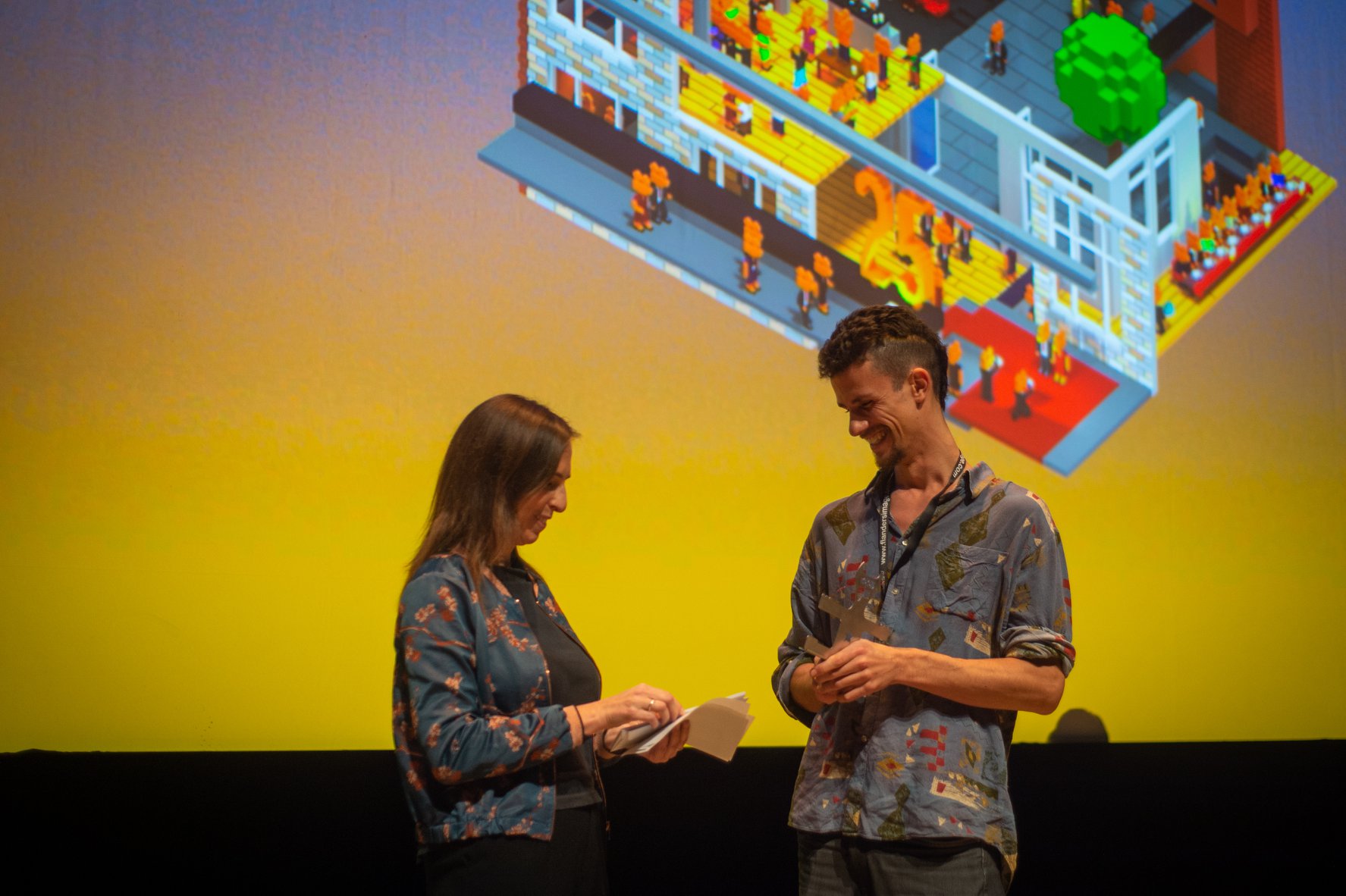